The Decathlon is a speedrunning challenge

The goal is to learn 10 speedruns in 22 weeks, and to participate in many tournaments (on this website), restreamed on Ultimate Decathlon’s Twitch and perhaps qualify for the Ultimate Final, which is the last UD5 tournament.

The two corpus have a distinct classification. At first, the focus will be on the Pentathlon A, then the games from the Pentathlon B will be incorporated progressively so that the 10 games are present in the tournaments several weeks before the qualifying stages and the finals.

To see more games, and introduce more diversity in tournaments, we offer sub categories for most games. These are sub-parts of the official UD categories, and should not require specific training. Obviously, these categories will be explicitly specified in the racing tool of the website.

The Ultimate Decathlon is free and open, everyone can participate. When you exceed 140 pts on a game, your runs have to be recorded (with OBS, for example) either locally or on Twitch, and if possible uploaded to YouTube. The tools to do so are also free and their functioning will be explained on the website. Players and organizers are also there to help! For tournaments, it is necessary to be able to stream. When you complete a run, just submit it on the submission page of the website. The time will then be validated by a moderator, and your score will appear on the leaderboard.

Every game is based on a simple points system:

Each completion tag validated during the duration of the event gives a certain number of points (varying accordingly to the games), for example, 5 points per tag.

In the situation where the speedrun is finished within the duration of the event, each second gained in relation to the basic time gives a score (for example: 5 seconds per point, so 0.2 points per second)

These points are added up and give a score, the completion is 100, and the total is always 200.

210 points match the world record at the start of the season (July 1, 2017). If the speedrun had no registered run in the selected category, that time is an estimate. The points per second were calculated in relation to the duration of the run, its punitivity and the presence of random behaviors. The times of the 200 points and the maximum duration of the event (for the 100 points) were determined thus. Finishing the game in the allotted time already proves a knowledge of the speedrun, its routing and the necessary techniques. It was decided that scoring would be more severe than in previous seasons, so do not be discouraged if you find that the 200 points are unattainable.

Regarding emulators, it is mandatory to use those explicitly authorized in the rules detailed by games.

It is forbidden to use a turbo gamepad and to use macro keybindings. The binding of the keys must follow this simple rule: one key per action, one action per key. Example: The NES gamepad button A must correspond to a single key on your controller, and this key on your controller should not be associated with any other key on the NES controller.

Communication between players and the organization team

Informations are mainly transmitted on the website. There is a Mumble server available to all UD participants. It is strongly advised to actively participate with the community, to watch other participant’s streams and to exchange with them via chat.

Form the habit of getting up to date on the website before anything else. Especially in the resources section and the forum, one of the most important information is the planning of the upcoming events, detailing every week all the streams and tournaments that are planned.

As soon as you make a PB (made during the season: between July 1, 2017 and December 11, 2017), submit it on the website so the global ranking remains up to date (the submissions need to be validated by the organizers). When you submit your PB, you are in one of the following two cases:

Example: You have completed Mario Kart in 40 minutes, you do not obtain 100 completion points because you have not finished the game in the allotted time. You indicate the last race validated when the time indicated 38 minutes 18 seconds (duration of the event).

Submit all of your PB during the time of the UD!

It's up to you to practice the ten games as you see fit. Talk about your difficulties, your learning, your discoveries, to other runners. The important thing is to learn games and to be part of a speedrunning community. Do not hesitate to organize races on the games you practice, motivate people to run with you, or make tutorials and coach other players on the games you know! Search the resources and forum to find tutorials and explanations, and ask any question that pops into your mind.

Tournaments will be organized online every Saturday afternoon (except holidays) between the 1st of July and the 8th of December. The games, as well as the tournament modalities, are available in the resources. Stars will be awarded to the winners of the tournaments. The best speedrunners will be streamed live on Ultimate Decathlon’s Twitch.

The Ultimate Final will see the four winners of the Grand Final compete against each other after 4 direct qualification tournaments!

We want to ensure that our community is as respectful as possible, that spectators can watch our streams and participants get integrated into the community without being disturbed or shocked by the behavior or vocabulary used. In the professional world and on the Internet, certain behaviors or words convey relations of domination (reflections of a factually unequal society) or are in themselves discriminatory. The Ultimate Decathlon should not be "like anywhere else" but "better than anywhere else", and we invite you to become aware of a number of problems and request any efforts to remedy them. We know that many members of the community are already sensitive to these issues.

Regarding behaviors, we have nothing to complain about so far. However, we prefer to take the lead and make it clear that participants are expected to maintain a good atmosphere and respect others and their differences. We can not forbid taunting or trash talk but we would like to remind you that this must happen in total reciprocity: make sure that others accept the way you address them. For the general atmosphere to be enjoyable for all, it is better to encourage and help each other rather than denigrate others. The Ultimate Decathlon must remain convivial, the goal being to surpass oneself. If the competition also has an important part in the event, it must remain strictly framed in a fun space where, on the other hand, rivalries and cheating have no place.

Concerning the vocabulary, we noticed the use of oppressive and violent terms. We put a strong emphasis on the problem of an oppressive vocabulary and not on oppressive people. Keep in mind that not being harmed by a term doesn’t mean someone else will not be, sexism, racism, transphobia, homophobia, ableism, sanism, rape culture… Discriminatory remarks must remain private and have no place on Mumble, Discord, nor on the stream or chat of the Ultimate Decathlon. We encourage you to apply the same rules to your streams.

We hope to be heard and understood and thank you for the efforts you will make to maintain a pleasant and respectful atmosphere. For those who do not follow these guidelines, measures and sanctions will be taken and may be followed by a permanent exclusion of the Ultimate Decathlon. In case of a trouble with a participant, or for any comment about these guidelines, please contact the team.

Oppressions / discriminations can take two forms: the systemic form and the individual form. We speak of a systemic form when the dominants (institutions, power, people, language...) and beyond the very structure of society, exclude / deprive the people subjected to the power, self-access to resources (money, education, housing, work ...) even to consciously or unconsciously reproduce the inegalitarian structure of society. Individual form is used when a person has a belief in the inequality between him and others based on nature or culture and derives a right or legitimacy to act or behave in an abusive or even discriminatory manner with others.

Individual racism is an ideology based on the belief that there is a hierarchy between human groups, "races", as well as a hostile and discriminatory attitude towards the individuals of these groups. Systemic racism is a structural balance of power, a different and unequal treatment of a group according to a trait or a set of traits, real or imaginary, socially constructed as "negative marks" or stigma ".

Individual homophobia is a hostile attitude towards people whose sexual and love preferences involve people of the same sex. For systemic homophobia, see "systemic racism".

Rape culture refers to the setting that downplays the seriousness of the various sexual assaults and sexual violences and their uses in contexts unrelated to the actual meaning of the words.

Ableism is an oppression (mistreatment and / or discrimination) concerning people with physical disabilities or against neuroatypical people (mental differences and mental disorders).

About sexism and transphobia some clarifications are necessary. The patriarchal society poses several problems from the get-go. First, the strict division of the human race into two sexes, even though the situation is less binary than that. Second, strict correspondence between gender and sex and an injunction to conform to this standard: males must behave in a masculine or even virile manner and females must behave in a feminine way. This gender separation is posited as natural even though it is a social construct, and it is posited as binary. A division is made by gender and by type of activities and spaces (sexist culture in the strict sense). Third, a value system that places men's superiority over women (such as gender). This symbolic superiority is the foundation of rights and legitimacy to exclude women from certain spaces, jobs, functions and resources in order to strengthen the system. Essentially to exclude women from power. It also consists in denigrating all the activities and spaces reserved for women and everything that relates more generally to femininity: everything related to it is considered futile or even degrading (misogynist culture).

Sexism (in the usual sense) is an oppressive attitude based on sex (or gender). This can take the form of injunctions to be or do this or that. It affects men and women, but women are particularly affected because of the patriarchal nature of our society: they are excluded from certain spaces and power, and what is connected with femininity is denigrated.

Transphobia is an oppressive attitude towards transgender people. It consists in denigrating people whose gender do not correspond to the society standard and / or all non-binary people (intersex people, agenders, trans women, trans men ...).

Not yet launched for this season, but it will be on this page: Tipeee UD

Here will be presented some website features that remain unexplained. 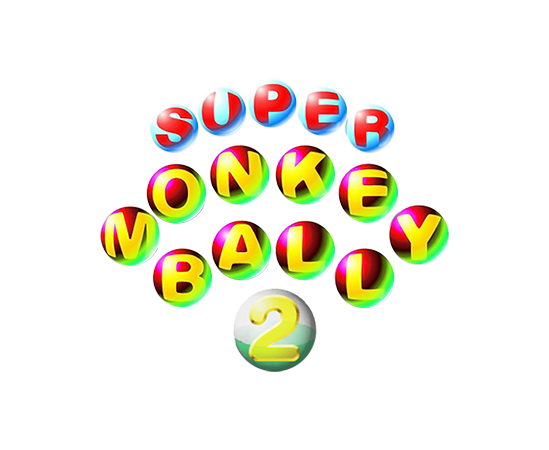 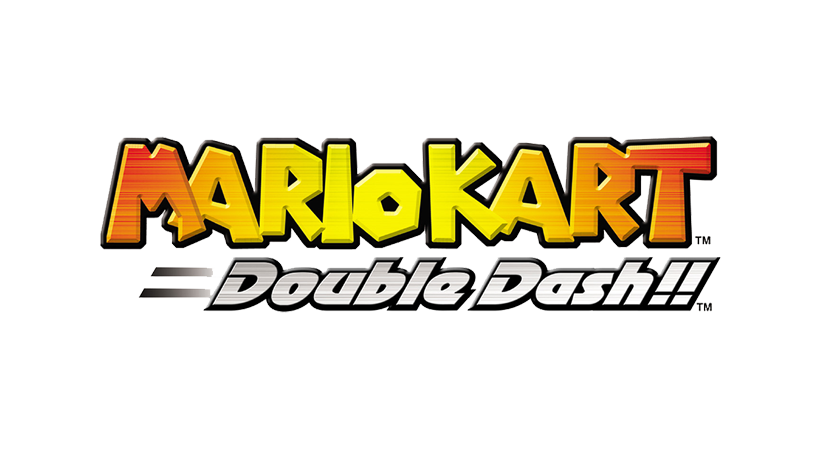 Allow you to compare your times per track, even between runs. (Tracks during All Cup Tour appear randomly, except for the first one and the last one)

Example : Bowser Castle track arrives 2nd during your first run and arrives 15th on your second run, this timer allows you to select the appropriate trakc (in this case Bowser Castle) and to compare it to your splits without having the random issue. 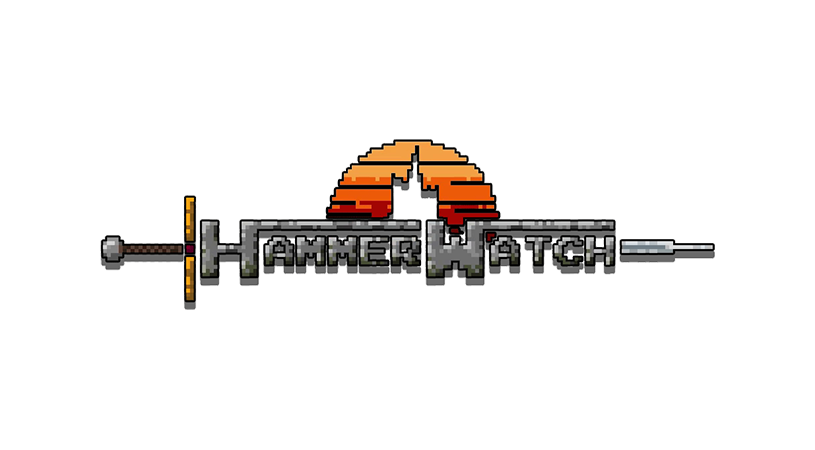 To activate infinite lives in Hammerwatch, follow these steps: 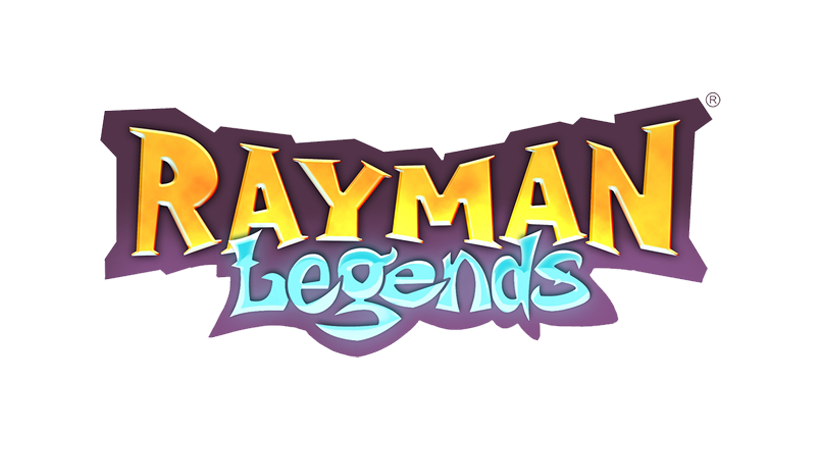 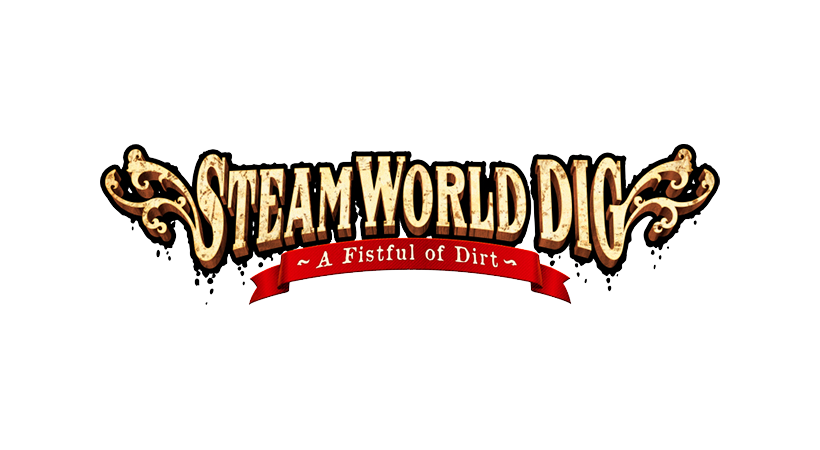 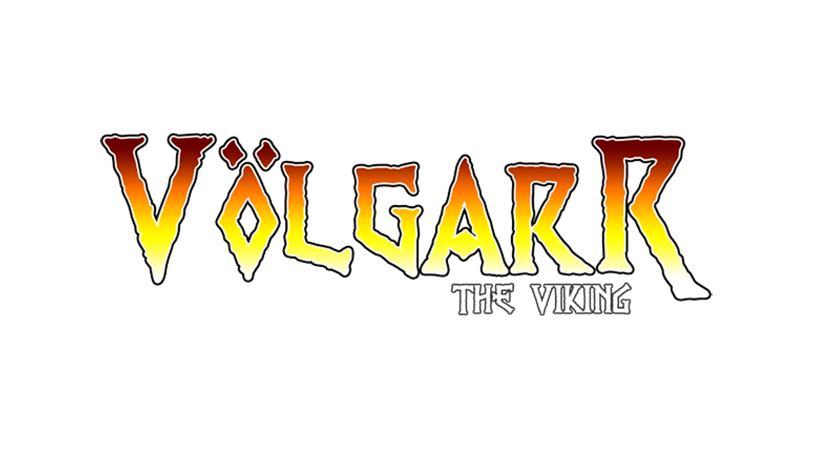 Super Metroid Project Base - Any% 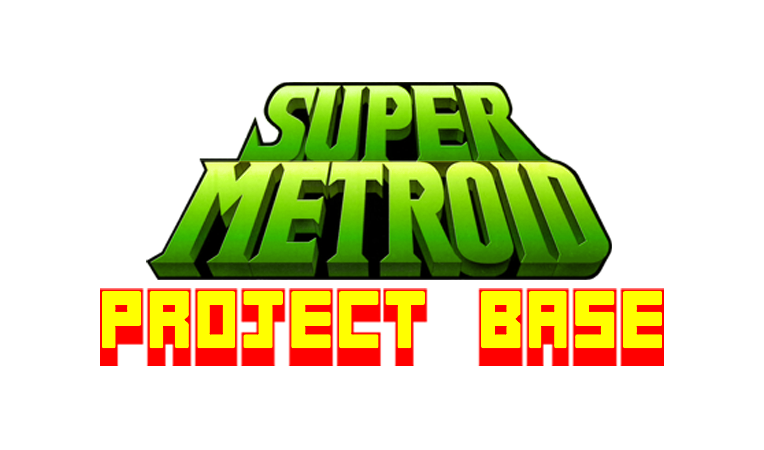 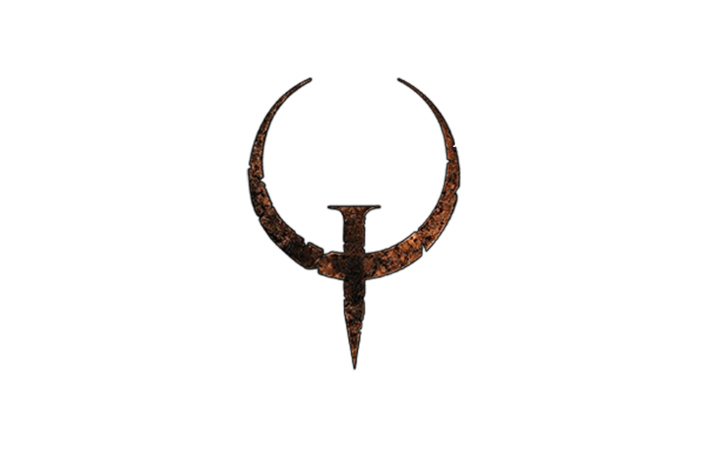 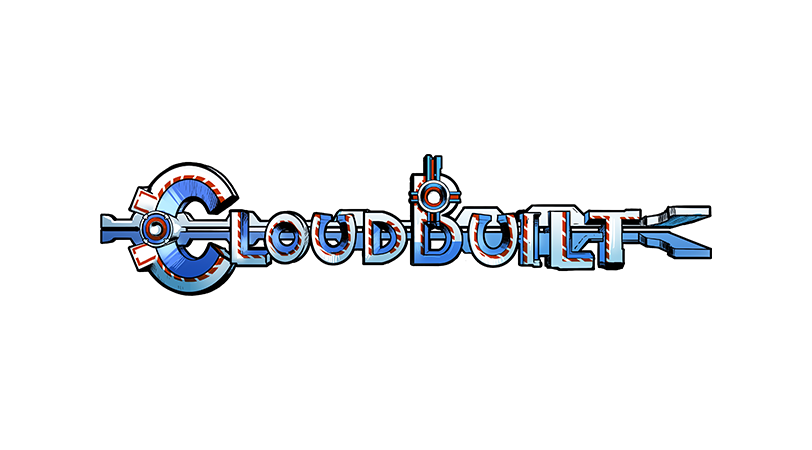 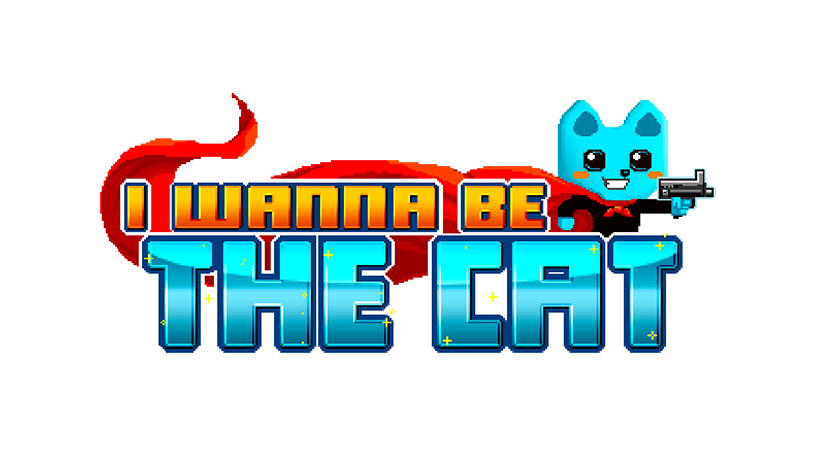